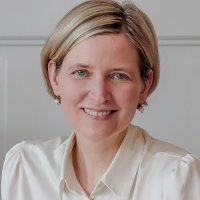 She was the Joseph Kremen Memorial Fellow in East European Jewish Arts, Music, and Theatre at YIVO (New York) and Visiting Fellow at the Oxford Center for Hebrew and Jewish Studies (twice). From 2019 to 2020 Diana Matut was the convenor of the Oxford Seminar in Advanced Jewish Studies and led a research group focusing on "Jewish Musical Cultures in Europe, 1500-1750". In 2021 she was awarded the Mare-Balticum-Fellowship of the University of Rostock.

She has taught at universities in the UK, Israel, the USA, Canada, Italy and the Czech Republic as well as for several Jewish cultural festivals and centers such as Yiddish Summer Weimar, Klezkanada, Klezfest London and Maison de la Culture Yiddish Paris.

Various musical projects are the result of her cooperation with Yiddish Summer Weimar. Together with Alan Bern, she produced a CD with rediscovered Yiddish children’s songs (Far dem nayem dor – For the New Generation; http://www.kinderlider.com/righthome.html) and in 2017 conducted the ‚Young Kadya‘ Choir, a German-Israeli project with new settings by Alan Bern for the poetry of Kadya Molodovsky. The project documentary under the same title will come to cinemas in autumn 2022. (https://www.youtube.com/watch?v=jYORsQ-fHn4).

2019 Diana, together with American composer/arranger Josh Horowitz, lead the Henech Kon project, which brought the only surviving pre-war Yiddish opera from Europe back on stage (https://omaworks.eu/triangle-orchestra/).

The year 2022 saw the premiere of the Glikl-Oratorye, on oratorio centering on the life of the famous Yiddish memoirist Glikl of Hameln. Diana wrote the libretto in four languages (Western- and Eastern Yiddish, German and English), representing Glikl and three women from different times who give voice to Glikl’s experiences for our times (https://www.glikl.eu/).