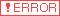 Sofia Papazoglou was born in Brussels, but moved with her family to Thessaloniki at the age of six. She started singing Greek traditional and contemporary folk music in the clubs of Thessaloniki during her student years at the Aristoteleio University, where she earned her bachelor degree in Education.

Sofia has made numerous solo appearances in clubs and theaters, as well as collaborated with the foremost Greek artists and ensembles. She has toured in Greece, Cyprus, USA, Canada, UK, France, Holland, Belgium, Australia, Spain, Austria, Ιsrael, Palestine, Egypt and Turkey. Sofia has released nine solo albums since 1996 and has been featured on many Greek and international recordings of traditional and contemporary folk music on Universal Music, EMI, Sony, Putumayo, CC n’C, Lyra, Eros, Cantini and other labels.