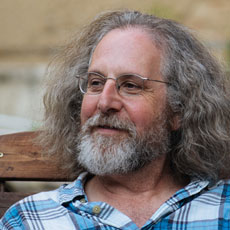 is the recipient of the prestigious Weimar Prize in 2016, co-founder and chair of Other Music Academy e.V. and creator and artistic director of Yiddish Summer Weimar and Winter Edition. He is a composer/arranger, pianist, accordionist, educator, cultural activist and philosopher.
In 2017, Bern was honored with the Thuringia Order of Merit.

He is co-founder and director of "Brave Old World," founder and director of "The Other Europeans" and "Diaspora Redux," and he also performs with Bern, Brody & Rodach and with Guy Klucevsek.
His education included classical piano with Paul Badura-Skoda and Leonard Shure, jazz with Karl Berger, the Art Ensemble of Chicago, Anthony Braxton and others, contemporary music with John Cage, Frederic Rzewski, Joel Hoffman and others, and philosophy and cognitive science with Dan Dennett. He received his master's degree in philosophy and his doctorate in music composition.
In 2009, he was given the Ruth Lifetime Achievement Award for his work as a musician and educator and achievement with "Brave Old World". 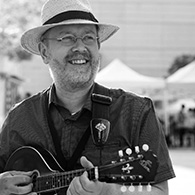 Andreas Schmitges is a musician, dance leader, cultural manager, artistic consultant, workshop instructor and researcher, primarily in the field of Yiddish music culture. He studied jazz guitar at the Cologne University of Music before taking up the mandolin, and has authored several scientific essays on Yiddish music and dance. Andreas has been affiliated with Yiddish Summer and the Other Music Academy since the very beginning, and is happy and proud to be able to contribute to the development of Other Music Academy e.V. as a member of the board. He is the curator of YSW 2018 and the project manager and initiator of both the Triangle Orchestra and the Caravan Orchestra. Johannes is the production manager of Yiddish Summer Weimar and coordinates the Other Music Academy office. He also designs and produces events, concerts and seminars that aim to convey the richness and variety of Yiddish culture. His main concern as a musician and project manager is the preservation and development of Yiddish culture. 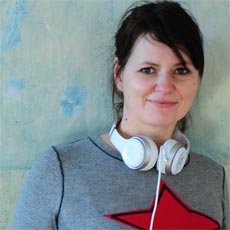 Mother, friend and companion. Someone who keeps things rolling. Project manager. Dedicated decaf drinker. Katrin is all these things and more: she is also the person responsible for the renovation of the Other Music Academy building and other OMA projects, working behind-the-scenes for Yiddish Summer and standing in for the chairman of the board when he happens to be away;-). 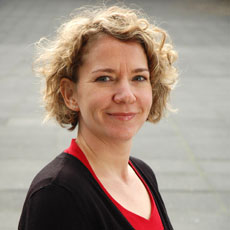 Katrin has been devoted to the festival and the Other Music Academy heart and soul since 2002, when, fresh from school, she attended what was then still the Weimar Klezmer Weeks. She served as a founding board member of the Other Music Academy until 2013, after which she assumed various functions within the festival management. She studied art history, psychology and modern history at the Friedrich-Schiller-University in Jena and works as cultural manager for various cultural associations and projects. 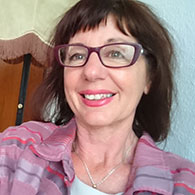 This is Birgit’s first year on the Yiddish Summer administrative and financial management team. She spent many years working as a cultural manager for German cultural associations in southern Africa and is looking forward to sharing her experience with the Other Music Academy team. A creative person, she enjoys providing new ideas and impulses, tackling problems big or small with words and deeds and, every now and then, philosophizing about life. She is active in promoting African artists, especially dancers, musicians and visual artists. 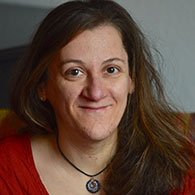 A creative all-rounder and member of the Other Music Academy e.V. management team, Sabrina is actually a typical humanities scholar with creative ambitions and a passion for cultural events. She works as financial manager for Yiddish Summer Weimar but is also good at solving HTML or computer related problems… and at making coffee. This year, she will face a new challenge as she tackles her new job as a full-time mom – meaning she will soon be dealing more with diapers than with hypotheses and supporting evidence. 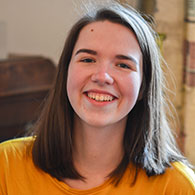 Sabine first came to Yiddish Summer Weimar as a social and cultural volunteer at the Other Music Academy e.V. and is now with us for the third time. She has a background in musicology and cultural management and is responsible for the festival’s social media presence; she is also an expert in scanning databases. Hello, I’m Dirk and I’m the Press Person for YSW!

I like to drink black currant juice and I eat huge amounts of ice cream when it’s hot.

I listen constantly to The Other Europeans, Fran & Flora and Dave Tarras and I read a lot about the artists in order to be as informed as possible. Ben does translations and international press relations for the Other Music Academy e.V. He grew up in the US and Israel. After earning a BA in percussion at the Jerusalem Rubin Academy of Music in 2003, he shifted his focus to the realm of literature and completed an MA in creative writing at Bar-Ilan University in 2011. From 2009, he worked as a freelance journalist for the Jerusalem Report, focusing on topics relating to contemporary Jewish culture. In 2016 he moved to Berlin where, in addition to his work as a writer, editor and translator, he studies and performs on the balafon, a traditional West African xylophone. 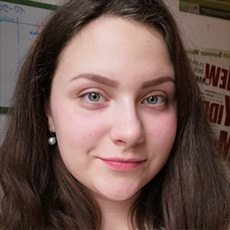 Our other social volunteer, Alessa, has been gaining experience in various areas of cultural management for the past year. During Yiddish Summer Weimar 2020 she will be working behind the scenes at the Other Music Academy, primarily in the area of participant and artist support. You will be most likely to find her at the Info Point and at evening events. Since Alessa spends much of her free time with music, she is looking forward to a month of new music and culture at Yiddish Summer 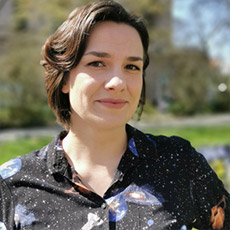 Anna is a translator, a Yiddishist and a YSW groupie. When she stepped into the OMA the first time In 2020 as an intern it was love at first sight. Since then she’s been coming to Yiddish Summer Weimar every year as a volunteer. In 2019, she was Project Coordinator for the Triangle Orchestra: Yiddish Opera! Project. One of two social work volunteers on our team, Philipp will be supporting the Other Music Academy e.V. in various areas throughout the year, first and foremost by working at the OMA. During the festival, he will mostly be involved with participant and artist support and you will generally find him at the music school (at the Info Point or in the office). When he’s not working, Philipp plays saxophone in various orchestras, big bands and brass quintets. Laura currently studies Media and Cultural Studies and is as an intern for the first time part of the Yiddish Summer team. She has experience to the organization and coordination site of events. She was a production assistant at Schauspiel Frankfurt, part of the social media team at Kunstfest Weimar and looked into the preparation of concerts for Sofar Sounds Weimar.
During the preparation of this year’s Yiddish Summer she will be working in different areas, handling lists and organizing in the background. At the festival itself she will be there to support participants and artists. Dancing ballet, Lindy Hop or just moving completely free to music are things she enjoys with a passion. 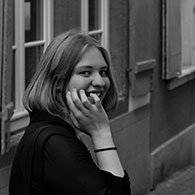 Xenia has just finished studying musicology and cultural management at the Franz Liszt University of Music in Weimar. This year, like last year, she will be hard at work making sure that our artists arrive in Weimar safe and sound, don't get lost, have a place to sleep and, once it’s over, find themselves (together with their instruments) safely at home or at their next gig. When Xenia is not in the office scrolling through airline websites, you’ll probably find her near a piano or clarinet, in a boulder hall, playing tennis or having coffee outside. Her motto: studying is nice, hands-on experience is better (especially when you're surrounded by inspiring people and heart-warming music). This is her second year on the YSW team, where she is responsible for artist support and travel planning. 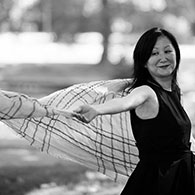 studied Visual Communication and worked in a Tokyo design agency before coming to Berlin, where she studied at the Hochschule der Künste (today the Universität der Künste). After obtaining her degree in 1993, she worked as an artist on sound and site installations and also as a freelance graphic designer.

Since 2010, she has been responsible for the visual image of Yiddish Summer, Other Music Academy and Other Music Academy e.V., including internet presence, posters, t-shirts and more.  She has long been interested in Yiddish dance and has given workshops on the subject in Japan at "Osaka University" and "Japanese‐Jewish Friendship and Study Society in Kobe."

Since 2006, she's been a member of the Berlin-based dance ensemble "TarantaScalza" (Tarantella – traditional Southern Italian dance) with whom she has performed at many festivals.